Dmitry Kohmanyuk graduated in 1992 from the Cybernetics Department of Kiev Taras Shevchenko University in Kiev (then Soviet Union, presently Ukraine), receiving a Masters Degree with honors.

He now resides in Kiev and works as Chief of Strategy of Hostmaster Ltd, the registry for the .UA domain. He actively participates in the Internet community, attending local, regional and international forums, including RIPE, CENTR, ICANN, IGF and other meetings. Hostmaster Ltd (hostmaster.ua) is a RIPE NCC member and will host the RIPE NCC Regional Meeting/ENOG in Odessa in May 2012.

Dmitry speaks Ukrainian, Russian, and English (with a small set of Dutch words if needed.)

I would like to apply (self-nominate) for RIPE PC election. I have been to many RIPE meetings, know people in the community who have helped to keep them interesting and would like to give some time to further improve it. I had been a member of ENOG PC since its inception so this would be a way to bring my experience and connections in. I also served on NRO NC in 2012-2015. My current position is Chief of Strategy, Hostmaster Ltd, a ccTLD registry for Ukraine, and one of five-star IPv6 LIRs.

Dmitry has direct operational experience with networked Unix systems and router equipment, co-founding and running one of first Ukrainian ISPs back in 1991 (Communication Systems). His work included several technology start-up companies in the United States in the role of systems administrator, developer support and operations. He can write code and shell scripts, was a co-author of RFC 2319 and participated in the Ukrainian Unix Users Group.

He has been directly involved with Ukrainian ccTLD registration and operation since 1996, in both non-commerical and commerical forms, and continuously represented ccTLD with IANA. He sits on the board of Hostmaster. In the last two years, the local policy development process has restarted, community service has improved, IDNs have launched and operational migration to IPv6 was completed, as well as DNSSEC launch in March 2012.

Non-profit work includes IPv6 as well as DNSSEC promotion in the region, participating in UA-IX as a member of the technical committee and speaking with press to communicate about Internet technology, security and privacy issues. Two IGF-UA forums in Ukraine in 2010 and 2011 were organised with support from Dmitry and Hostmaster.

As a person with a diverse background and a network of personal connections in CIS, Europe and North America, Dmitry would work to help fulfill the interests of LIR registries using RIPE NCC services, both operationally and strategically.

As somebody with operational, project, management and public relations experience, Dmitry can work in several functions to serve the RIPE NCC mission globally.

Jelte Jansen is a research engineer at SIDN Labs, the R&D team of SIDN. His research and development topics include the domain name system, Internet protocols, Electronic Invoicing, and the Internet of Things.

Jelte has made several contributions at the IETF on the topics of DNS and DNSSEC, and worked as a software engineer on DNS implementations such as BIND, NSD, Unbound and ldns. He is also the lead developer of the SIDN Valibox software and project lead of SPIN (Security and Privacy in the Internet of Things).

I am interested in nearly all aspects of networking (hence my variety of research topics) and because of that, I am very much interested in continuing my humble contributions to the RIPE meetings as a member of the Programme Committee.

Khalid currently serves as PC Chair of the Middle East Network Operators Group (MENOG), an international forum dedicated to elevating communication and awareness about Internet best practices. Having been actively involved in providing consultation and advice to ISPs in the Middle East and Arab region, Khalid concentrates specifically on network strategies, design, Internet technology, and operations, as well as configuration and training. He has played a major role in training Middle East ISP and network engineers through MENOG roadshows and conferences.

Khalid is based in Jordan. Prior to his current role with ORANGE Telecom in the field of information security, he worked extensively with several regional and international telecom/ISP operators and has come to be considered a well-known face in the Internet industry in the Middle East. 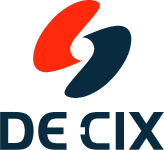 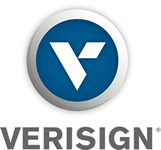